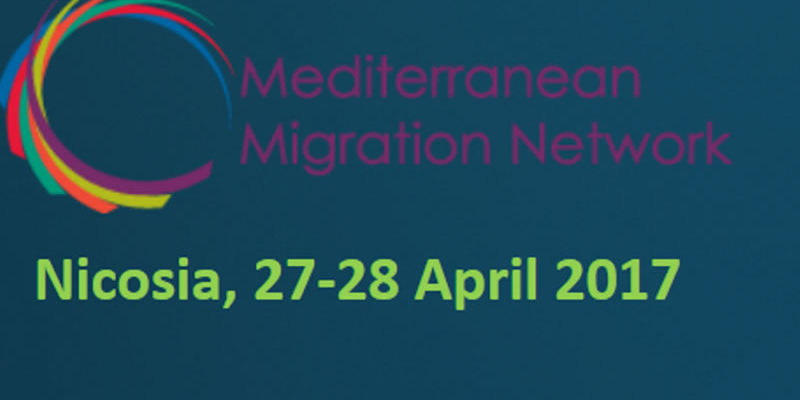 With great success «Ξένιος Πόλις. Πολιτισμός, Επιστήμη & Δράση» participated in the Kick-off Meeting for the Mediterranean Migration Network (MMN) organized by the International Research Center CARDET and the INNOVADE, in Nicosia, 27th & 28th April 2017, at the Nicosia University.

The meeting and the subsequent research workshops had as main objectives the cooperation among important public and private bodies in the Mediterranean Sea, the development and exchange of good practices, as well as the presentation of innovative proposals and actions concerning the integration, diversity and management of immigration issue and the refugee crisis.

Xenios Polis, as an official guest of the Network, with Dr. Dimitra Sitareniou as the Representative, presented the organization’s views on critical immigration issues and developed relevant proposals on Diversity and Integration with regards to critical axes such as language and vocational education, policy issues, intercultural mediation as a best practice-guide to social cohesion and integration.

Four other significant organizations from the Mediterranean Basin (TAMAT-Italy, General Directorate of Social Services and Social Integration, Community of Madrid-Spain, AidGlobal-Portugal, FSM-Malta) presented their views, too; in the meeting, there were also Representatives from other selected European organizations, as well as from local public bodies and Cypriot ministries.

Xenios Polis, as an official guest of the Network, with Dr. Dimitra Sitareniou as the Representative.

This website uses cookies to improve your experience while you navigate through the website. Out of these cookies, the cookies that are categorized as necessary are stored on your browser as they are essential for the working of basic functionalities of the website. We also use third-party cookies that help us analyze and understand how you use this website. These cookies will be stored in your browser only with your consent. You also have the option to opt-out of these cookies. But opting out of some of these cookies may have an effect on your browsing experience.
Necessary Always Enabled
Necessary cookies are absolutely essential for the website to function properly. This category only includes cookies that ensures basic functionalities and security features of the website. These cookies do not store any personal information.
Non-necessary
Any cookies that may not be particularly necessary for the website to function and is used specifically to collect user personal data via analytics, ads, other embedded contents are termed as non-necessary cookies. It is mandatory to procure user consent prior to running these cookies on your website.
SAVE & ACCEPT